Waikiki is one of the most popular tourist destinations in Hawaii (and for good reason). While most people research popular activities in the area before their visit, many don’t know that Waikiki has been a fascinating city since its inception. The city’s vibrant and rich history is full of interesting factoids bound to surprise you.

The city has semi-humble beginnings as a surf zone for royals but has grown into the thriving metropolis it is today. The most interesting facts surrounding the legacy of Waikiki deal with historical lessons, famous celebrities, and restoration projects.

There are many questions to be answered. Why did ancient Hawaiians fight over this land and how did this area become so famous? Most importantly, what are the interesting tidbits you can pass off as your own to impress friends at a Waikiki dinner event? We know that’s what you’re really after!

In ancient Hawaii, Waikiki was a much more expansive area than what exists today. Much of the environment has changed (as a result of intentional human effort) to turn Waikiki into the luxury beach town it is today. Waikiki translates to ‘spouting freshwater’, which is fitting as most of the area was formerly swampland. Rivers and springs were plentiful in Old Waikiki. In the 1400’s local leaders capitalized on this and designed irrigation systems to begin agricultural endeavors. Chief Kalamakua ordered that fishponds be built and taro fields be created. This set the stage for one of Hawaii’s most habitable regions.

Like almost every new and budding agricultural area in history, the island’s resources were highly sought after. Those from nearby Hawaiian islands with less knew they could reap what others have sown by simply attacking the locals. In fact, Waikiki was the setting for one of Hawaii’s most famous battles. War didn’t begin until the area was more established in the late 1700s. Kamehameha I and his army sailed from Hawaii (Big Island) to attack Oahu. Oahu’s chief, Kalanikupule, and his men ultimately lost the battle to Kamehameha when the Oahu warriors were forced to the highest point of the island. By the end of the battle, the invaders sealed their victory by pushing their opponents off the steep Pali cliffs to their deaths. While this is certainly a brutal historical lesson, it’s important to remember the local ancestral stories that give these beautiful views a little more context. This is not what they mean when you hear the phrase “Waikiki has views to die for”.

After the battle was won and the island of Oahu was conquered, the area of Waikiki became the exclusive property of its new Hawaiian royals. These were the first people to conquer the water on longboards. Inaccessible to the common man, Hawaiian royalty invented surfing as we know it today.

Made Famous by Celebrities

Waikiki beach has always been something of a haven adored by surfers, locals, and tourists alike. Just 7 years shy of 1900, a small guest house in the area was formed and named “Sans Souci”. It’s a French saying that directly means “without worries” – quite an aptly named hotel. Some say this bed and breakfast acted as the catalyst for the tourism boom in this part of town. Robert Louis Stevenson, the author of both ‘Treasure Island’ and ‘Strange Case of Dr. Jekyll and Mr. Hyde’, stayed at this resort later that year and his fame made sure the area became very well-known. Soon, tourists started wanting to visit the writing haven for the man behind ‘Treasure Island’. Hotels began to be more commonplace in the coming years as tourism increased relentlessly. Though, the two resorts with the most historical significance for the Hawaiian community are ‘Royal Hawaiian Hotel’ and ‘Moana Surfrider Hotel’.

In the 1930s, in search of Treasure Island’s inspiration, celebrities started to flock into the region. Groucho Marx, Frank Sinatra, Amelia Earhart, Bing Crosby, Joe DiMaggio, and Shirley Temple were all among the first wave of famous tourists to see the region. Unfortunately, this tourism was put to a quick stop due to the 1942 bombing of Pearl Harbor (less than an hour away). The Moana Hotel even opened its doors to soldiers in the years shortly after. When the war ended and regularly scheduled air travel became available, Elvis put this quaint and beautiful city back on the map. This was the setting for Elvis Presley’s film, Blue Hawaii.

Remember how the Hawaiian word for Waikiki directly translates to “spouting fresh water”? This name actually holds a slight sense of resentment for some of the older locals in the area. Springs and wetlands once filled the area near the beach, but because the local community feared disease-carrying mosquitoes, a canal was built in the 1920s to funnel this freshwater elsewhere. The Ala Wai Canal (completed in 1928) dramatically changed the local environment and made way for the urbanization of Waikiki. Shortly after this time, the beach began to experience much more erosion than usual. This already small-sized beach was becoming smaller and smaller with each and every wave. The change in salinity of water and destruction of various wetland plants and mangroves led to less protection for the fragile sandy shore. Who would’ve guessed that when one messes with the content and surroundings of a beach, the environment is impacted? Go figure!

As a solution, the local government began importing sand from O’ahu’s northern side and Pāpōhaku Beach on Moloka‘i. Interestingly enough, the majority of the sand brought to Waikiki was actually from Manhattan Beach, California. This restoration project required multiple barges and ships to transport the tons and tons of sand that kept getting swept away. However, this was only a band-aid solution to a much larger problem. The community would have to keep restocking the sand unless they could find a way to address the actual underlying issue of erosion. A solution was created! The city built groynes – large, man-made peninsulas that interrupt the abusive water flow responsible for carrying all the sediment away from the shore. These groynes created the shape of today’s current beach and have largely saved the city from erosion. The loss of this famous stretch of beach would’ve wrecked the tourist industry Waikiki is so reliant upon.

Is Waikiki the most popular tourist destination in Hawaii?

The answer largely depends on your personality type and sense of adventure. That being said, Waikiki generates over 40% of tourism revenue for the entire state of Hawaii. In the relatively small city, there are around 150 hotels and over 1000 restaurants. It’s estimated that roughly 70,000 tourists visit this city daily.

What is Waikiki’s torch-lighting ceremony?

Every evening around 6:30 P.M., you’ll find a local Hawaiian running down your hotel’s street with a large torch in hand. To those unaware, this sight can be bizarre (as he is often only wearing board shorts), but don’t fret! His job is to light the torches that line the neighborhood near the Royal Hawaiian Shopping Center. This marks the beginning of the nightly hula pageant at Kuhio Beach Park.

As a person who loves and frequently vacations in Waikiki, it’s hard for me to recommend you take that vacation to Hawaii —at least for now! While many of the COVID-19 rules are evolving...

2020 is a great year to visit Waikiki. We started our first trip of the year in February and wanted to share the latest travel deals. We'll give you our best recommendations for things to do, spa...

Welcome to Vacation-Waikiki.com. We created this site because our friends and family were frequently asking for recommendations and tips on places to eat, where to stay, attractions to visit, etc. for their Hawaii vacation.

Our love for Hawaii draws us to the islands at least a few times a year. Over the last eight years, we’ve spent countless hours doing research online and talking with locals to uncover the best tips and recommendations that we use on our trips. In 2018, while sitting on a lounge chair in Waikiki, Vacation-Waikiki.com was born.

Our goal is to build a website with tips and recommendations from our vacation experiences that offer our readers a single place to find all the information you will need when planning your very own trip to Hawaii.

This site is owned and operated by Vacation-Waikiki. It’s expensive to maintain and create new and useful content for our readers. Therefore, we participate in affiliate programs to include, but not limited too, Google AdSense as a means to earn advertising fees to pay our bills. We appreciate your click. 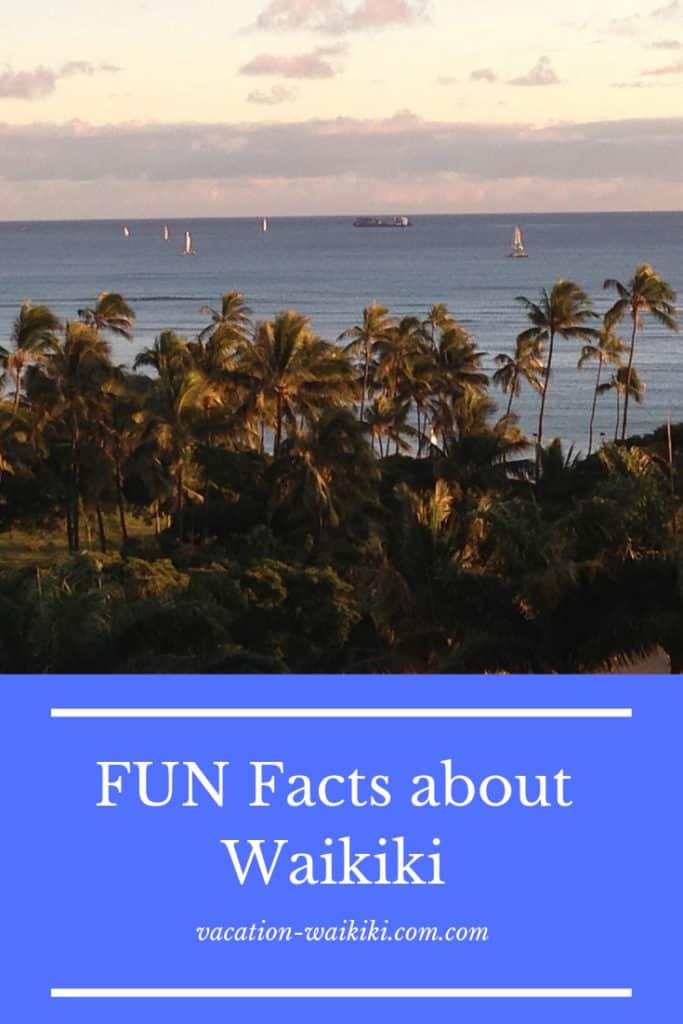